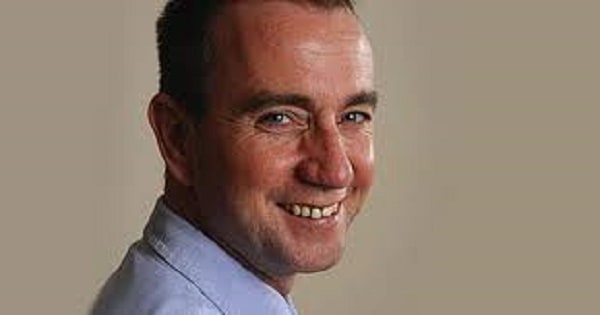 Derek McGovern is a popular tipster and sportswriter who has stirred a fair amount of controversy over the years.

With articles that have tended to either entertain or infuriate depending on your standpoint, McGovern has become something of a “Marmite” figure in the betting world – you either love him or hate him.

Here we take a look at the man and some of his best – and worst – moments.

McGovern is perhaps best known to punters through his weekly betting tips in the Daily Mirror, the British website and newspaper.

Billing himself as “Sport Betting’s top tipster,” McGovern – or the McGuvnor as he is also known – used to provide regular tipping videos on the Mirror website.

These videos – available here – would feature cartoons of McGovern as he talked through his best bets for the week in his own comical and cheeky style.

The videos ran from November 2014 until July 2015, when McGovern’s contract was not renewed – for reasons that were not stated at the time.

There was however a Betfair forum thread tracking his tips that showed him to be about 20% down for his tips, with some suggesting that may have been the reasn the Mirror didn’t continue employing his services.

At the same time though, McGovern was embroiled in controversy after there were suggestions he was responsible for an article in the Mirror in June 2015 that said in relation to the Women’s World Cup, “A woman’s place is not on a foreign field playing second-rate football.”

It may have just been a coincidence of course that McGovern stopped producing his tips videos for the Mirror shortly afterwards and it may not have even been him that wrote the article.

The piece certainly provoked an angry reaction on Twitter though, with some commenting:

.@WomeninFootball @DailyMirror @SophyRidgeSky Wow. Just wow. Are you sure that was written in THIS century, not the 18th?

Even if the article had nothing to do with McGovern however, he has been no stranger to controversy over the years.

As a Scouser and hardened Liverpool fan, McGovern has been known to enjoy winding up Man Utd fans for many years, having once called Christiano Ronaldo stupid, claiming he can’t understand words with more than two syllables and thinks the four seasons are “salt, pepper, vinegar and mustard.”

In 2009 the cheeky Liverpudlian commented on United’s signing of former Kopite Michael Owen: “Fergie also picked up Michael Owen on a free but was still robbed.”

With comments like this, McGovern is clearly something of a Marmite figure, with some enjoying his controversial banter as light-hearted fun whilst others have taken offence to some of his off-the-cuff remarks.

Love him or hate him though, McGovern knows how to grab a headline and is certainly more entertaining than a lot of pundits in the betting industry.

Whether he is a good tipster though is another matter altogether. McGovern made his name originally as editor of the Racing Post’s sports betting service and has been seen on Channel 4’s The Morning Line as well as appearing in other betting publications.

There is little evidence of his record as a tipster though, other than the aforementioned Betfair forum in 2014-15.

He has also written a book on betting though called “Derek McGovern on Sports Betting and How to Make it Pay,”  published by Aesculus Press in 1999 and with a foreword by Brough Scott.

The book was apparently as much about interesting betting stories as a guide to punting success, with anecdotes about “after-timers” (bettors who place wagers after events have started), betting shop violence and promoting the idea of a “gambling strike” to force bookies to pay back the millions they have unfairly taken from punters in McGovern’s view.

All in all it is fair to say McGovern is a colouful character and whatever your views on this “Marmite figure” are, there is little denying that he knows how to spark controversy.

The Aussie Method – Avoid this Scam
Scroll to top