The Open returns to its five-yearly retreat of St Andrews and the big factor this week is going to be the wind.

Overall it means we are looking for players with a proven ability to perform well in the wind.

Here then are our selections for the Open Championship:

The young American comes into the Open absolutely brimming with confidence following his win at the Scottish Open on Sunday and his victory at the Players Championship in May. On both occasions he showed his mettle under pressure, producing brilliance in the final holes to clinch the wins and proving his doubters wrong in the process.

He has shown great affinity for links golf, not only with the win on Sunday at Gullane, but with 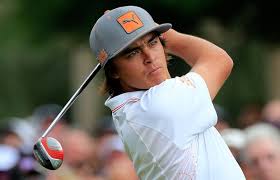 strong finishes at last year’s Open, where he finished tied 2nd and at St George’s in 2011 when he finished T5th. He called his third round 68 in horrendous conditions that year “one of the best rounds he has ever played.” He also finished 8th at the Scottish Open in 2014 at Royal Aberdeen, so the Californian clearly seems to relish links golf.

With a favourable late-early tee-off, McIlroy out injured and Spieth on the wrong side of the draw, there has never been a better time for Rickie to capture his first major.

In fantastic form at the moment, with top 10 finishes at the Scottish Open, the BMW PGA, the WGC Matchplay, the Shenzhen International, as well as 11th at the BMW International Open and an impressive 27th at the US Open, the young Englishman is improving all the time and looking more and more like he belongs on the big stage. Has shown an affinity for links golf and with a good early tee off on Friday (8am), has a great chance to impress again here.

The Scot comes into the Open on the back of a brilliant final round 64 at the Scottish Open, played in a howling wind similar to that predicted for the Old Course this week.

His three wins on the European Tour have all come in windy conditions and there are few more accustomed to battling a breeze than Warren. With strong finishes in recent big tournaments, including 18th at the BMW PGA and 27th at the US Open as well as last week’s 4th place finish, the Scot will be relishing the tough conditions this week and has a good draw with an early tee time on Friday (7.38am). Has a real chance of grabbing at least some place money.

The Dane has found a new lease of life in recent months, culminating in a win in dreadful conditions at the Irish Open at Royal County Down in May. He followed that up with second at the Nordea Masters, also played in very windy conditions and 15th at the French Open two weeks ago.

There are few better in windy conditions than the diminutive Dane  and he knows how to win big tournaments, having won the Volvo Masters back in 2008. With a very early tee off on Friday (6.54am), Kjeldsen should get the best of the conditions and could well be up amongst the leaders on Sunday afternoon.

Although not in the best form in his last few tournaments, the Irishman did win in breezy 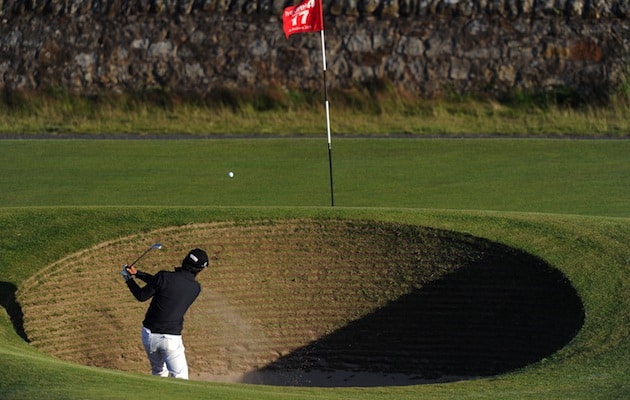 conditions at the Honda Classic back in February and is an expert in handling strong winds. In addition to his two Open titles, Harrington has also won the Dunhill Links Championship, so knows how to deal with the challenges of St Andrews. If this descends into survival of the fittest, don’t be surprised to see the durable Dubliner up there at the end.

In blistering form at the moment with a win and a third in his last two events, the young Kiwi is a tremendous talent and seems to now be fulfilling his potential. That third place finish should have actually been better, had it not been for an inadvertent one shot penalty in the final round, then he would have been in a playoff. Whilst this is his first Open and it would be expecting a bit much for him to win, a good draw means a top 10 finish looks like value here given his current form.