Following our preview of the US Open golf taking place this week, here are our outright tips for the event:

Phil is one of the few players who has taken the time to visit Chambers Bay before this week and it seems from all reports that will give him a distinct advantage. Lefty’s positive comments about the course should also not be overlooked whilst so many players are going out of their way to criticise it.

The American comes off a confidence-boosting third place finish last week and showed with a second place finish at the Masters in April that he is still more than capable of contending in major championships.

Mickelson also possesses one of the world’s best short games, which will be crucial around these hugely sloping greens. With six second place finishes at the US Open, it would be a great story if he could complete the career grand slam here this week.

The plucky American showed his mettle when winning the Fedex Cup last Autumn, going some way to fulfilling his huge potential. He is a big game player and with some good form in recent events with four top 20s in a row, may be coming to the boil at just the right time. Has a good short game and can be an electric putter at times. 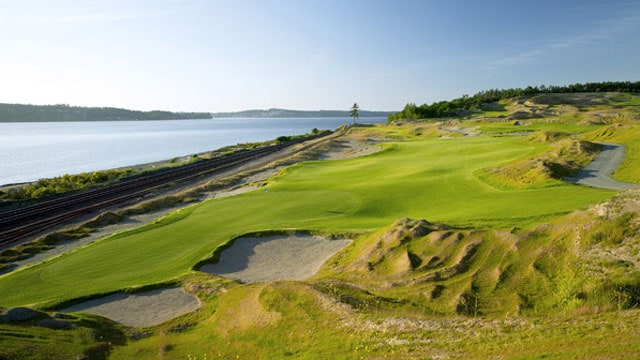 some really decent form recently with 6th at the Byron Nelson Championship and 2nd at Colonial in his last two starts. With a win at Pebble Beach earlier this year, his confidence will be strong coming in here and there are few better putters in the world than Brandt. Has shown he can handle links-style golf with a close finish at the British Open at Lytham three years ago. This course is unlikely to faze the cool-headed American and he may well push on and capture his first major here.

Local hero Ryan Moore finally gets a chance to play a major in the Pacific Northwest and it seems he is relishing the chance to play in front of his home fans. Having lived close by, Moore is familiar with the course which should present him with a distinct advantage this week. With 7 top-25 finishes this season, the former US Amateur champion would love nothing more (excuse the pun) than to add to his collection of USGA titles by winning in front of home support here.

The likable “Hoffmeister” had a decent run at the Masters until he ran out of steam as Speith stormed away with the title on Sunday. But he has continued his strong form since then, with a second place finish at the Byron Nelson in his last start and a 10th place finish at the Colonial before that. Already a winner this season and having made the cut in all of his three previous US Opens, Hoffman seems too big a price at 125/1.

There are few players with better records on links-style courses than the big South African. With two titles and a host of other top 10 finishes at the British Open, Ernie has demonstrated he has all the skills and experience to handle the vagaries of links golf. He may not be as consistent as he once was, but he showed flashes of brilliance at the Masters in April, suggesting that when he gets on a course that suits his game, the Big Easy may still be able to recapture his form of old.

Get Your US Open Tips Here!

US Open Preview – A “Ridiculous Farce?”