Strike rate refers to the rate at which a system or tipster wins. For example, if a tipster has 100 selections, 45 of which were winners, then that tipster would have a 45% strike rate.

There is no doubt that strike rate is one of the most important elements of a tipster or betting system. If a tipster has a high strike rate, it means they can grow a bank more quickly than one with a low strike rate, even if they both have the same return on investment. 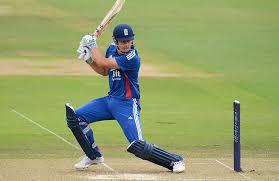 This can be illustrated with an example:

To be on the safe side, for system A you would probably want a 25 point bank, which would be 2.5 times the longest expected losing run of 10.

For the system B however, you would probably need a 165 point bank, which is 2.5 times the longest expected losing run of 66.

So imagine that you have £1,000 that you want to invest in a betting system.

For system A, you would divide the bank by 25 to give you £40 per point that you would bet.

For system B, you would divide the bank by 165 to give you £6 per point that you would bet.

Now let’s say each system has a return on investment of 20% and has 100 bets per month.

For system A, it would take you just over a month to double the bank.

For system B however, it would take you over 8 months to double the bank.

This is shown in the example below:

This illustrates that importance of strike rate to tipsters and betting systems.

It is also easier to cope when you have a high strike rate as it means more winning bets and shorter losing runs. Systems with low strike rates mean long losing runs and great patience is required to handle them. More often than not you will see people giving up when a long losing run is hit.

So I hope from this article you have seen the importance of strike rate and how crucial it is to take into account when considering a tipster or betting system.