There are a number of advantages to a high strike-rate betting system. It can mean lots of winners, a smaller betting bank, shorter losing runs and the potential to grow your bank more quickly.

In many ways, it is the ideal betting strategy. So you might wonder why there aren’t many high strike-rate systems out there.

The reason may be that many bettors – and tipsters for that matter – prefer to bet at long odds to get the thrill of backing a big winner. There’s nothing quite like landing a 100/1 winner for example and being able to brag about it to friends and fellow bettors.

However, it is tough to find value at long odds and you will also have to endure long losing runs. Focusing on short-odds selections is a more prudent and sensible approach to betting. Slow and steady wins the race, as it were.

Indeed, backing at long odds is not only tough to endure emotionally when you hit long losing runs but has actually been shown in studies to be a less effective strategy.

Two academics from Nottingham University looked at thousands of runners in UK flat races and found that backing horses of less than evens (2.0) resulted in a return on investment of -7%, versus losses of -40% from backing horses priced at more than 40/1.

A separate study of English and Scottish football produced similar results, finding that betting at short odds produced a negative return of -2%  but when backing at over 4/1, the losses were -15%.

There is much speculation about the reasons for the favourite-longshot bias. Most experts think it is because the bookies know they can get away with offering poor value on longshots because most punters will still back them, hoping for that “big win,” whereas they need to offer more competitive odds for favourites to attract punters to back them.

Whatever the exact reason for it though, it is clearly in the punter’s interest to back at short odds. There is more value there and statistically returns will be better over time.

As mentioned, there are quite a few other advantages to high strike-rate systems in addition to the better value you are getting.

So there are lots of advantages to a high strike-rate, low odds strategy. The only obvious downside is that you don’t get the thrill of having a big winner, but that should be more than balanced out by the considerable upsides described above.

We’ll take a look now at three high strike-rate, low odds betting strategies. These are strategies we have tested out here on the site and found to produce reliable results. 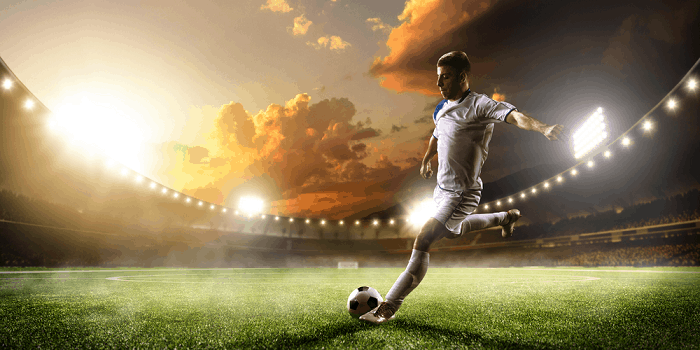 The favourite-longshot bias has been shown to apply in football just as strongly as in other sports. We see all the time that certain teams dominate their domestic leagues. For example Real Madrid and Barcelona in Spain, Manchester City in England or Bayern Munich in Germany. These sides can go on long winning streaks, particularly when at home.

Whilst the odds of such teams will be low – often around 1.10 – 1.20 at home to weaker opposition – and therefore putting many punters off backing them, it does not mean that those odds don’t represent value.

When looking at the performance of such teams at home, they will often win nearly all of their matches against weak opposition, sometimes by big margins. Here is a run of games of Man City for example in the 2021/22 season: 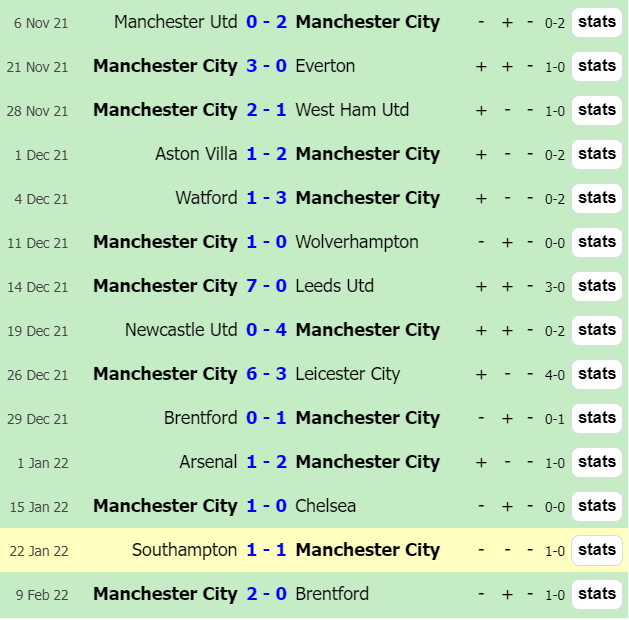 As you can see they are very dominant and can win extended stretches of matches during a season.

A strategy that has focused on backing these dominant teams in leagues around the world is a service called Banker Bets. As the name suggests, it selects the kind of “bankers” we have been referring to – those teams who are at short odds but still represent value. If a team is priced at 1.2 for example but the real odds should be 1.15, that is still value.

Banker Bets provides tips from leagues around the world and has a strong record, with 145% profit made on their tips if betting as singles and 410% if betting as accumulators. The strike rate of the bets has been extremely high at 79% and the typical odds are around 1.30, so this strategy is the very definition of a high strike-rate, low odds strategy.

We ran our own trial of the service and it made 126 points profit in an 18 month trial, which is very good going. It has now been going for nearly eight years so is a well established service and has shown the effectiveness of the approach of backing strong favourites in football matches. 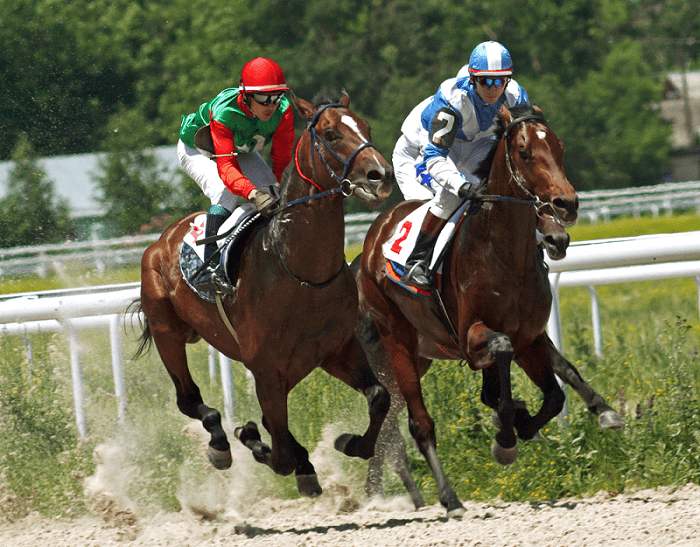 There’s an old saying in sport: “Form is temporary, class is permanent.” This is an adage that particular applies to horse racing, where the very best horses tend to win time and time again when it comes to the biggest races, even if they have temporary lapses in form.

Think of Stradivarius or Yeats at the Ascot Gold Cup, or all-conquering horses like Frankel and Sea the Stars. When push came to shove they could always deliver the goods, much to the delight of their adoring armies of fans.

When these top class horses run, it is generally in listed and group races, rather than handicaps. That means they do not have to worry about carrying extra weight compared to other horses and being artificially restricted to try and suit the handicapper. They are free to run their own race and for the best horse to come through and win.

That means these high class races are often the most fair and should be the most attractive for punters to bet in, particularly as they have the most liquidity. They also tend to be dominated by favourites who can show their true potential in these races.

One betting expert who takes advantage of all these factors and focuses solely on Class 1 racing is Mel Gee with his First Class Racing service. Backing horses at short odds and using decades of experience betting on the sport, he has made managed to more than double his members’ betting banks in 14 months.

Betting is very selective and sometimes there are only one or two bets per week. That is because Mel waits for the ideal conditions for the horse – when it has everything in its favour – the ground, distance, course, jockey, etc. Then he backs them heavily with his own money whilst also advising them to his members.

The strike rate for this strategy has been very high at 59%, and because there is such a high winning rate, just a 20 point betting bank is advised for following the service. Losing runs tend to be short and there has been a good rate of return so far for the service.

So backing top quality horses in high class races as Mel Gee has done in his First Class Racing service has proven to be an effective high strike-rate, low odds betting strategy.

3. Backing Over 1.5 Goals in Football Matches 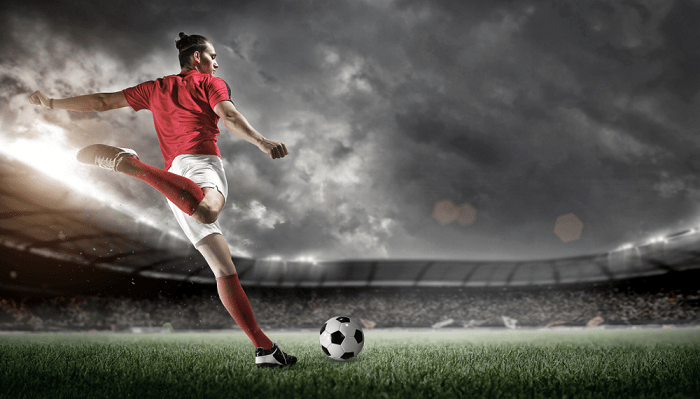 Another high strike rate system involves backing over 1.5 goals in football matches. In case you are not familiar with this market, it means you are looking for there to be at least two goals in a football match. It doesn’t matter how many more goals or which team scores them, just that there are at two or more goals.

However, just backing over 1.5 goals blindly is unlikely to make you a profit over the long term. It is important to have a strategy that finds value in the over 1.5 market. We have detailed some strategies you could use here, but perhaps the best one we have found involves waiting for the games to go in-play and seeing how they develop.

Using a large stats database of thousands of matches, a team of professional traders called Trade On Sports have developed a strategy that looks for matches where a goal in the first half of a match gives a high chance of there being at least one goal in the second half.

We tested this strategy out in a live trial for over a year and it made over £5100 profit to £100 stakes. Essentially it involved backing over 1.5 goals at half time and waiting for there to be a goal in the second half. Normally you would only back at odds of 1.6, so there would need to be a goal after 60 minutes for those odds to be reached.

The strategy performed very well though and relies in part on how many late goals there are in football matches, which if you have watched football for any length of time you will know is quite often. The strike rate for the strategy during our trial was 67%, which is a very decent winning rate to have achieved and resulted in very healthy profits.

For a tried and tested football strategy with a high strike rate betting at low odds, Trade On Sports’ strategy of backing over 1.5 goals in football matches in-play is well worth a look.

The Importance of Strike Rate in Betting Systems