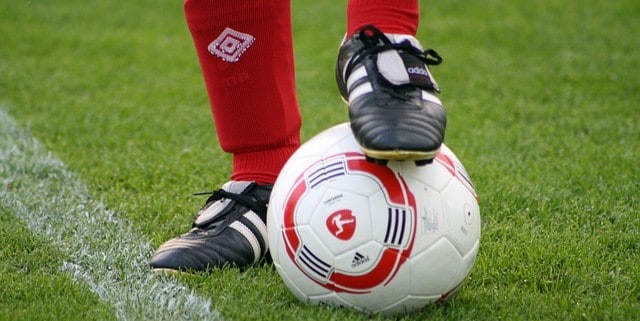 We have come to the end of our trial of Draw Day Demolition and here are the final results:

*Results based on the double chance. Results for backing the draw only were -8.27 points.

Well it has been a disappointing trial for Draw Day Demolition, who have ended up 9.59 points down backing the double chance bets and -8.27 points backing the draw. 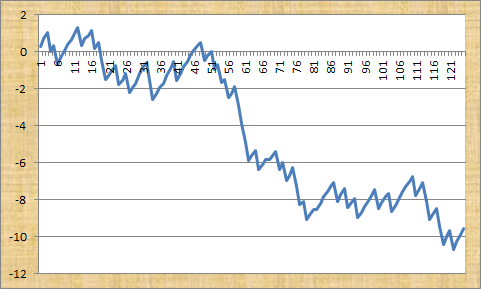 As you can see, a fairly steady decline through the trial.

The service offers you the choice of which method you want to back the selections with, but the main point is that the home side is not expected to win. So you can lay the home side, back the double chance (draw and away), back the draw no bet or back the draw.

We recorded two of the above options – the double chance, which covers most possibilities and would produce similar results to laying the home side or draw no bet – and then the draw, because that is quite a different approach, to see if it worked better.

Unfortunately, neither of the options proved particularly effective and we were left slightly scratching our heads as to the broad array of choices offered.

The question you are left with is whether the tipster is offering so many choices so that if one of them happens to work but all the others lose, they can point to the one that worked and say “hey look, that is the one you should have used.”

There wasn’t direct evidence of that here, but we still think it would be better for the service to select one approach and say this is the one to use, rather than having subscribers choose and potentially getting different results, which could be frustrating for people.

Anyway, leaving aside the issues of which betting method should be used, the results for the double chance were disappointing and represented a 48% reduction in the bank over the trial. And that was using quite a conservative bank of 20 points.

If we had used the 10% staking approach they advised, we would have lost an even greater percentage of the bank.

We are always concerned when a service tips at very short odds – the average odds here were 1.3 and you have to be very good to make long-term profit at those odds. So far the only service we have encountered that has managed to do it is Banker Bets, who have a very skilled and detailed approach to finding value at odds-on.

The other thing that concerned us about this service was the wide variety of leagues used – everything from Venezuala to Singapore, taking in the Russian third division and the Kazakhstan league along the way!

Ease of use: Good – the selections are generally sent out the day before the matches, with a link to an odds comparison site where you see the best odds from the bookies, so it doesn’t take too long to place the bets. Be warned though, with such a wide variety of leagues used, you will need a large number of bookmaker accounts.

Availability of prices: Good – even with the obscure leagues, there are always bookies offering a price (a sign of the times!) which means you shouldn’t have too many problems matching the prices.

Strike rate: The strike rate for the trial was 71%, which is high, but when backing at 1.3 would need to be higher to secure a long term profit.

Advised Betting Bank: An approach of using 10% of the bank on each selection was advised, which we considered was not quite sufficient so used a notional 20 point bank.

A loss of nearly half the bank when using a 20 point bank or even more when using the advised 10% approach was disappointing and on that basis alone we feel we have to give this a failed rating.

The choice of backing approaches plus the wide range of leagues used from all over the world raised additional concerns for us.

So we still have only one recommended football service in the form of Banker Bets. Our search for others continues…

There hasn’t been much movement for Draw Day Demolition, which remains in about the same place it was when we last updated it three weeks ago.

Here are the totals for the trial as a whole:

We have about three weeks left in the trial, so let’s see if they can pick up a bit towards the end and at least finish in profit.

It’s been a tough time for Draw Day Demolition since our last update, with significant losses incurred on both the double chance and draw bets.

That means the totals for the trial are:

We are just over half way through now, so hopefully things can turn around for them before the end of the trial.

It’s been a solid week for Draw Day Demolition, adding 2.37 points profit for the double chance bets and 1.3 points for the draw bets.

That brings the totals so far to:

As we have said before, it seems the draw bets offer more value and so far have been performing considerably better than the double chance bets. We will see if that continues for the remainder of the trial.

It’s been a bit of a tougher week for Draw Day Demolition, with -0.81 points since our last update for the double chance and -2.55 points on the week for the draw.

In total that means:

So things still nicely in profit for backing the draw but the double chance is slightly down.

We will be back soon with further updates. Enjoy your weekend!

We are just over two weeks into our trial of the intriguingly-named Draw Day Demolition.

We are not quite sure what they are trying to demolish – days when there are lots of draws? A particular day they dislike? We dislike Mondays on the whole, so maybe they could demolish Mondays for us.

Anyway, how have things been going thus far?

Well, they advise a number of possibilities for backing their selections. The essence of their system is that they pick games where they think the home side will not win.

Phew! That sounds complicated, but actually when it comes down to it you can just choose one option and then stick with it.

For the purposes of this trial, we will record results of both the double chance bets and the draw, as those are the choices used for the website results and seem the most straightforward.

So the results for these two options have been:

So quite a difference there between the double chance and the draw results.

We are not that surprised that the double chance bets are showing a loss, as they are typically at very low odds (around the 1.3 mark) and it is tough to make a profit tipping at those odds (although one of our recommended services, Banker Bets, manages it)

The draw odds are showing promise though so we will see over the coming two and a half months whether they can keep this up – and of course if they can turn things around for the double chance bets.

In the meantime you can check out Draw Demolition here.

With the start of the football season just days away, it is the perfect time to start a review of a football tipster.

We are on a quest to try and find a profitable football tipster for you to go with Value Football Betting and Banker Bets.

And we think we may have uncovered something of a gem with the slightly oddly-named Draw Day Demolition.

They concentrate solely on the draw-no bet-market in football matches, focusing on matches that are highly likely to end in an away win or a draw.

According to their website, they like to keep things simple and claim that by studying historical odds and trends in matches, they have devised a winning formula to profit from football.

Average odds apparently range from 1.4 to 1.6, which means we should be looking at a high strike rate of winners with this service.

There are between 5 and 15 selections per week, so we are not talking about too high a workload in terms of placing the bets by the sound of things.

The results published on the website look promising, albeit over a fairly short period. From 1st April this year they say they have made over £1800 to £100 stakes, or 18 points profit to 1 point level stakes in other words.

There are a very wide range of leagues used for the selections. Indeed, some of the teams we don’t even recognise and we are self-confessed football nuts! 🙂

So we will have to keep an eye on things like odds availability and liquidity for this one.

Fortunately they are offering a 7 day free trial to kick things off (excuse the pun) here but we will as always run the trial for at least 3 months to judge the service.

Let’s hope this one finds the back of the net and in three months’ time we are celebrating another winning football tipster.

In the meantime, you can check out Draw Day Demolition here