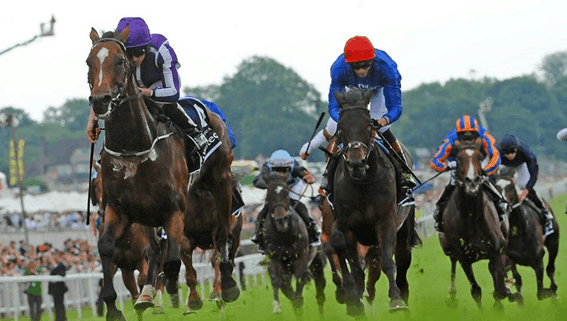 We have reached the end of our two month trial of FA Racing and here are the final results:-

FA Racing is a horse racing tipping service from the same team behind the popular Football Advisor service (hence the initials FA).

It is based on the bets that John (who runs the service) has been placing himself for a number of years and apparently does rather well off.

John decided a few months ago to start making these selections public via the new FA Racing service and the results prior to our trial looked very promising indeed.

But how would it get on under the spotlight of a live trial?

Well the first thing to say is that there are a large number of bets! There were nearly 400 bets in just two months, which is one of the highest bet volumes we have seen.

Sadly in this case though, quantity didn’t necessarily translate into quality and we ended the trial 15 points down to advised prices.

Here are the results over the trial in graph format: 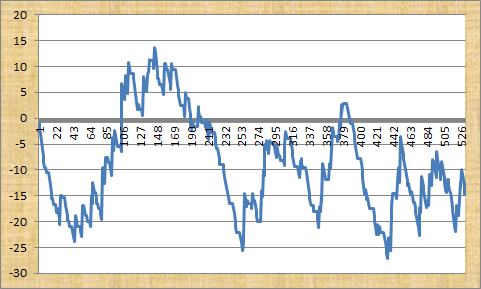 As you can see, it was quite an up and down trial! However, most of the time it fluctuated from down back towards even and was only in surplus for a brief period early on.

Using a 100 point bank, the final results represented just a 15% drawdown so it was certainly no disaster, therefore we feel a NEUTRAL rating is fair in this instance.

Although it has not excelled during our trial, it hasn’t done too badly either so we don’t feel FA Racing warrants a failed rating.

Ease of use:  With an average of six bets per day this is a high-volume service and with some of the bets being multiples like Yankees and Trixies, there is quite a bit of work involved in following the service.

Availability of prices:  Prices were generally fairly obtainable. There was an 18 point difference between the advised prices and BSP results, so a little bit of a gap but with over 400 bets being placed, it is actually a fairly small difference.

Strike rate: The strike rate for the trial was 23%, which is fairly reasonable.

Advised Betting Bank: A 100 point bank is advised for following the service, which seemed adequate to us and was never in jeopardy during our trial.

Football Advisor is a respected football tipping service and as the results of FA Racing prior to our trial looked very promising, we were optimistic that this could be a real winner.

Unfortunately though results during the trial were a little disappointing, with a 15 point loss being made to advised prices.

This isn’t the worse service we have come across and a 15% loss of the bank was no catastrophe, so we are awarding FA Racing a NEUTRAL rating.

It may be a service to keep an eye on to see how it develops in future, but for the moment it isn’t one we can recommend.

It continues to be a bit of a struggle for FA Racing, with 6 points lost to advised prices since our last update.

That puts them 15 points down overall to advised prices.

At Betfair SP it has been considerably worse, with 8 points lost since our last update and 37 points lost overall, so it is looking questionable as to whether the service is practical to follow at Betfair SP.

A bit of a reversal of form lately for FA Racing, with a winning position unfortunately becoming a losing one since our last update.

They have lost 18 points in that time at advised prices, meaning they are now 9 points down for the trial overall.

At Betfair SP the picture is slightly worse, with 22 points lost since our last update and 29 points lost overall.

It’s been a solid if unspectacular start for horse racing tipster FA Racing, which is a trial service being tested out by Football Advisor (so doesn’t have its own separate website yet).

We started receiving tips on 5th July and since then we have made 7 points profit at advised prices.

To Betfair SP it hasn’t been quite so good, with 7 points lost so far.

This is a high volume service, with a good number of bets per day and normally an additional Trixie or Yankee on top.

A good start then, hopefully things will continue in the same fashion.

A while ago we ran a review of the popular football betting service Football Advisor.

Although it only managed a neutral rating during our trial, it is a well respected service and has made over 300 points profit overall since starting a few years ago.

So our interest was piqued when we saw their new potential service – FA Racing – undergo a beta launch at the start of June.

Jon Robertson, who runs the Football Advisor service, started out his days with the racing website systemlays.co.uk which took a systems-based approach to horse racing betting and was a well-liked site.

Jon decided to sell the site in 2012 to concentrate on new avenues, including starting Football Advisor. Unfortunately the new owners of systemlays did not keep it going and it is now defunct.

However, Jon has continued to bet on the horses himself over the years and to do rather well at it.

So with him making a nice additional income from horse racing, Jon thought it was time to run a three month trial to see if he could launch a new horse racing service based on his bets.

He did this at the start of June and it has been quite successful to say the least! So far June has given followers a whopping ROI of 45.5% and over 50 points profit.

Plus just yesterday there was another winner at 5/2.

So although it’s still early days, this does look like a promising service and one we decided it is worth investigating.

We have therefore paid our £20 and signed up for the final two months of the three month beta trial.

We will record results here for the next two months and if things go anything like as well as June has gone, then we fully expect this will turn into a full service in due course.

In the meantime, you can sign up for the final two months of the trial of FA Racing for just £20 here.