Betting on the footy is a favoured pastime of millions around the globe, with huge amounts wagered on the sport each year. Of all the money that is gambled on soccer however, very few punters actually make a profit on the game. Winning is very hard and only an elite few actually manage to do it. Is there a way you can join them?

Potentially, yes. We will set out some strategies below showing how you can bet on soccer and win over the long run. It isn’t easy so we don’t want to give any illusions but with hard work, discipline and the right tools it can be done.

Getting the Basics Right

Before we get into the specific strategies, it’s important to make sure you get the basics right. Without a firm foundation in issues like bank management, staking and proper record keeping you will be doomed to fail. It would be like tying one hand behind your back before you started.

The cold hard stats reveal that less than 2% of footy bettors actually make a profit, so in order to succeed you want to give yourself every advantage. Use every tool you can to help you, benefit from the knowledge of others and stick to a plan.

These are the fundamental ground rules we would advise you to follow if you want to be a winning football gambler:

OK, so following these ground rules should stand you in good stead and put you ahead of the vast majority of punters who don’t follow these rules. It is like trying to build a house without a foundation – you just won’t get anywhere. You need a solid base to work from and then you can look to build something special.

Top Five Tips for How to Bet and Win in Soccer

Right, it’s time to get on with looking at those strategies that can help you win more of your football bets. These are some approaches that have proven themselves to be effective under live test conditions here at Honest Betting Reviews so you can sure they will put you ahead of the game.

Here are our top five tips for how you can bet and win in soccer:

1. Concentrate on niche leagues and markets

Making a profit on the major European leagues – the Premier League, Serie A, Bundesliga, La Liga and Ligue 1 – can be tough. Huge amounts of money are wagered on these markets and finding an edge is very difficult.The prices by the time of kick-off are highly accurate over the long-term, meaning that betting on them at the final prices is likely to lead to losses overall.

An alternative approach is to look at more niche leagues and markets. There is so much attention given to the Premier League for example, with countless column inches devoted to discussing the top players, their injuries, form and so on that gaining an advantage in terms of having extra information is pretty tough. All the info, stats and analysis is already out there for punters at the click of a mouse. On smaller leagues however this isn’t necessarily the case.

Take a service like Scottish Football Income Booster for example. It focuses solely on Scottish football, including the lower divisions which don’t tend to get much coverage. Learning about team news and such information in these lesser-known leagues, as well as knowing the form of the teams and their relative strengths and weaknesses, can leave you with a distinct advantage. This is exactly what Scottish Income Booster has done, racking up  over £18,000 profit to £100 per point stakes or £3,600 to more modest £20 per point stakes by betting solely on football north of Hadrian’s Wall. 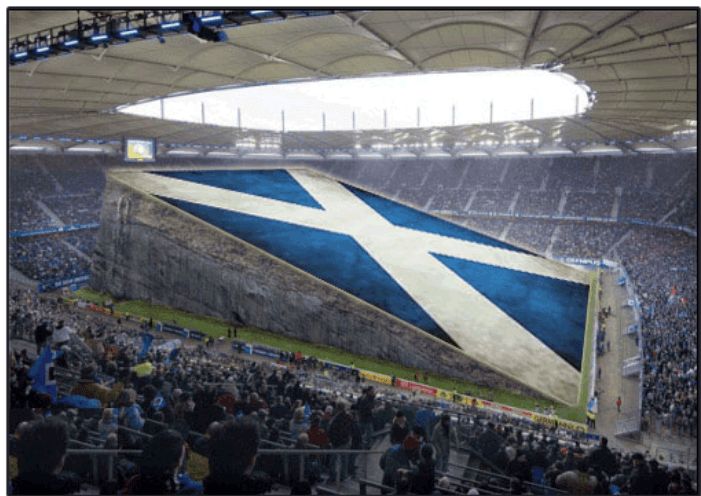 The long term return on investment stands at more than 11%, which is excellent in football betting terms. The win rate is nearly 50% as well which means a high proportion of winning bets. It is run a guy who worked at an investment syndicate and hedge fund, who clearly knows what he is doing.

You could decide to follow this service if you wanted to benefit from their in-depth knowledge and skills, or you could select your own niche leagues and markets to focus on. Either way though you are likely to do better than betting in the big leagues.

2.  Make Use of Statistics

You don’t have to be a stats whiz to make use of the host of football statistics that are available online these days. In fact if you aren’t using some stats to at least guide or assist you in your betting, you are probably missing a trick.

Even just using a simple stats site like Soccerstats or Flashscores can give you valuable information on things like home/away form, number of games over/under 2.5 goals, the times teams score their goals, records vs top sides and bottom sides and so on. Even just utilizing these stats at their basic level can give you some valuable insights if you are betting on markets like HT/FT, both teams to score, over/unders etc. There may be a side that scores the vast majority of its goals in the second half – or very late on in games. By studying these stats, you can find the best time to place your bet, which could be at half time or the last 15 minutes for example. 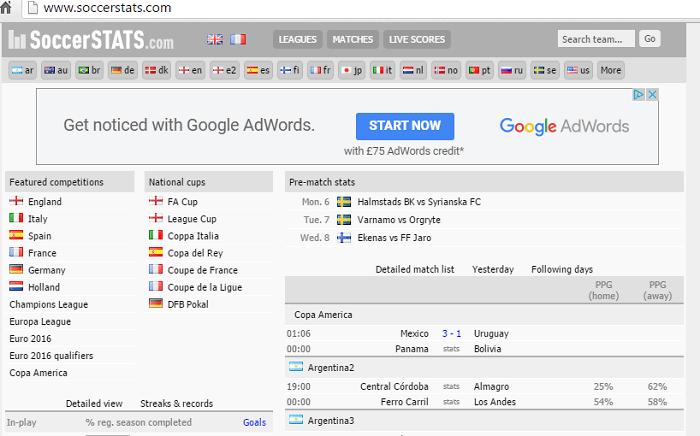 If you don’t have the time to pour over stats in that way, you could make use of a site like Goal Profits. It has a vast stats database of over 200,000 matches that provides vital info for betting and trading on football. There are team stats that cover things like:

– Percentage of games for each team with over 0.5 goals, over 1.5 goals, over 2.5 goals etc
– Matches where the teams scored at least one goal
– Average goals scored and conceded per match
– Goals per half
– Matches ending with a chosen target score
– And much more

They also have league tables that let you see form based on factors like how teams have done when going 1-0 up or 0-1 down, results vs bottom half, home attack v away defence, when level at HT and much more. You can analyse almost any feature of form using their tools and there is even a live stats module.

With all this it’s not hard to see why Goal Profits is so popular and has won so many awards, including our very own Best Football Service 2019! A number of their members have gone on to become professional football traders as a result of Goal Profits’ tools, which are second to none. Here’s one member with their own testimonial:

To improve your footy betting and win more of your wagers, Goal Profits is an excellent resource.

Most punters tend to concentrate on betting before a match kicks off. That’s fair enough as this is where the majority of media attention is focused. However, some of the best opportunities to profit come from betting in-play. The reason for this is that a game can unfold in a very different way from expected, for example with a game expected to be very defensive actually being quite open and vice versa. Or a team playing much better than had been expected.

Often in the in-play markets won’t adapt at all to these in-play dynamics or will only make slight adjustments. This presents an opportunity for sharp minds out there to exploit these situations and generate a profit. One such system to do this is Trade on Sports, which we have reviewed extensively here at Honest Betting Reviews. They have developed a number of strategies that use a Bot to crunch the stats across various leagues and teams and work out where there is good value to be had on in-play under and over goals markets.

The best of these is their HT Overs Bot, which made over £5,000 to £100 stakes during our live trial. Basically the Bot looks at games at half-time where there is likely to be at least one more goal – normally in the over 1.5 goals market. The best time to place your bet is after 70 mins, as this is where there the odds start to rise significantly and the Bot finds games with a high proportion of late goals.

Here’s an explanation of what it’s all about and how it works:

Another Bot looks at the unders markets in the same way, looking for games where there is value to be had in backing the unders (but two goals ahead – e.g. backing under 3.5 goals when a game is 1-1 at half-time). This Bot is newer than the HT Overs Bot but has produced promising results so far.

Trade on Sports is not the only service to focus on in-running opportunities. The aforementioned Goal Profits, also has a live trading forum run by professional traders Kevin and Steve where you can follow along with their live bets and trades.

One way to win more of your footy bets is to follow a professional tipster. After all, if you don’t have the time to study stats and form, monitor team news, watch loads of matches and do all the other hard work that goes into finding value bets, why not let someone else do all that for you? 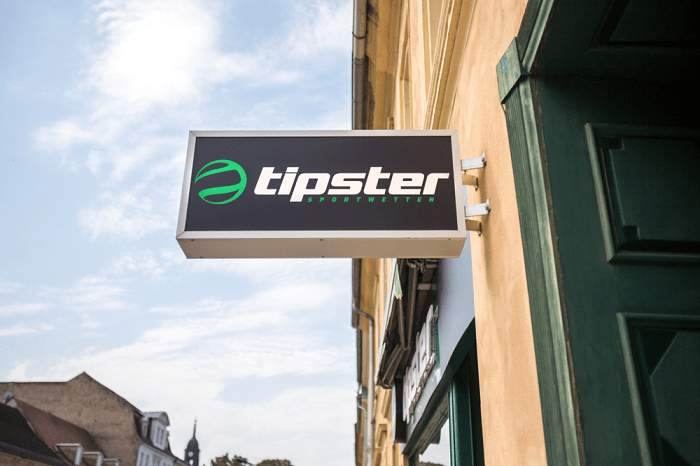 There are a number of very good tipsters out there who have passed live trials here at Honest Betting Reviews, demonstrating their ability to beat the bookies and make their members some extra tax-free cash. Some of these include:-

Some good options to choose from there and there are plenty more we are testing all the time to try and find other high quality tipsters.

An underappreciated aspect of soccer betting is the potential to profit from betting on the draw. After all, nearly a third of matches finish in a draw. This proportion is greater in low-scoring leagues like France, Greece and a number of the South American leagues. The reason for this is that a game is more like to finish in a draw if it is low-scoring, particularly with the 0-0 and 1-1 scorelines. 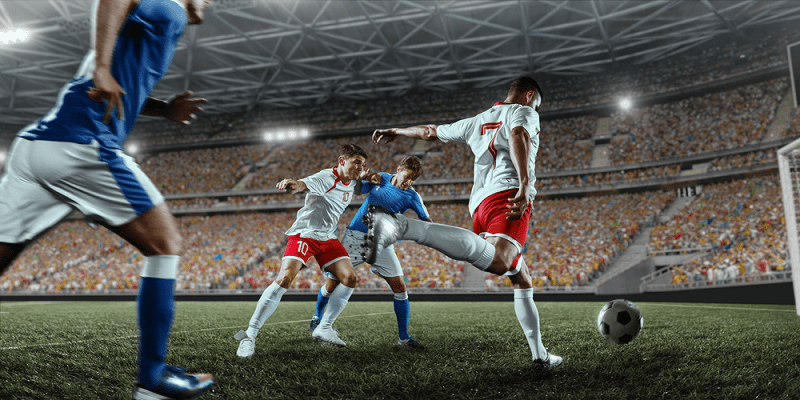 There are now a number of betting services focusing on backing the draw in football matches, but the original and best in our opinion is still JK Diego’s Draw Betting System. We ran an extended 15 month review of it and the service generated over 100 points profit at level stakes, which would be $10,000 profit at $100 per match stakes. It’s a service for high-rollers only though with subscription costs being substantial.

Alternatively you could try studying draw trends yourself and hope to find some profitable angles. As we say, it is probably best to focus on the low-scoring leagues and teams who tend to draw a lot of matches. Not a lot of money is normally wagered on the draw meaning there is value to be found in it. Backing the draw can definitely be a way to win more of your soccer bets.

Conclusion – Many Ways to Win at Soccer Betting

The bottom line is there are many ways to win at soccer betting. We have highlighted some of the major ones above but no doubt there are others and sharp bettors will never stop innovating in their attempts to find an edge over the market. We haven’t even mentioned matched betting, which for those in the UK and Ireland offers another way to win their footy bets – with very low risk.

The key to success is to adopt a strategy you are confident has an edge over the market and to follow the ground rules we set out at the start like remaining disciplined and following a clear staking plan. If you can do that you will be well ahead of most other punters.

We hope you have found this guide useful and it helps you to win more of your soccer bets. If you are going to bet on the beautiful game, please gamble responsibly and only risk money you can afford to lose.