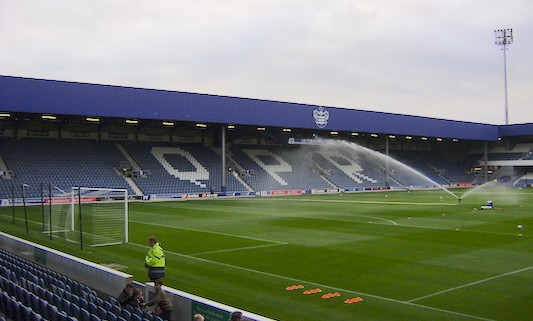 To followers of the game the thought that Rodgers would even contemplate joining a Championship side may seem bizarre. However, the bookies have made the 42-year-old second favourite to take over at Loftus Road with odds of 12/5 offered by Ladbrokes, down from 14/1 earlier in the week.

There are a couple of factors which have made Rodgers become one of the favourites to become the new QPR manager. Firstly current favourite Nigel Pearson, at 7/4 is now being linked with London rivals Fulham and is being tipped to take the job at Craven Cottage at odds of 2/5. Secondly Rodgers’ recent visit to the capital has served only to spark speculation.

Ladbrokes News reports: “The Northern Irishman was spotted in London last week, fuelling plenty of speculation that he was being spoken to regarding either of the roles at QPR or Fulham, while some even suggested a move to Chelsea was on the cards.”

With Pearson now being linked with Fulham and speculation over Jose Mourinho’s future at Chelsea on hold, for the moment at least it would appear that if any London club is chasing Rodgers then it must be Queens Park Rangers.

It should be remembered that Rodgers is no stranger to Championship football; as Ladbrokes News commented he gained his managerial spurs in the Football League’s top tier starting with Watford, then Reading before propelling Swansea into the Premier League during his time in South Wales.

Neil Warnock, who managed QPR from January 2010 to the start of 2012, is third-favourite to make a return at 5/2, with former Chelsea star Jimmy Floyd Hasselbaink currently managing League One Burton Albion 7/1.