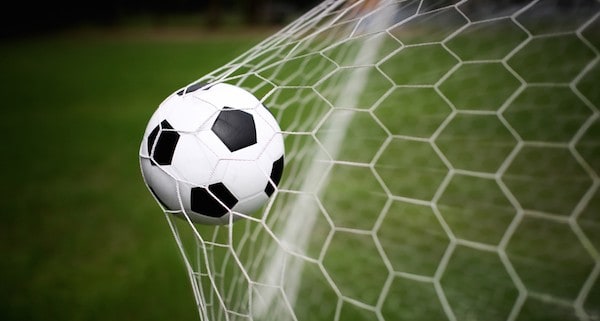 Here at Honest Betting Reviews we don’t just do an initial review a tipster and then forget about them.

No, we like to keep an eye on how they perform over the long run and to see if our original verdict on the tipster is still justified.

So in that vein, we thought it would be a good time to do an update on a tipster we have been following for 16 months now – Thomo’s Tips.

This is a football tipping service that is provided by the Tipstrr platform.

The provider of the tips, Andy “Thomo” Thompson” bets in a range of markets, mainly in the Premiership and top European leagues.

In our original five month review, he made a profit of 24 points, at a return on investment of 21%, which we felt warranted a recommended rating and four and a half stars.

[Please note that our results are to 1 point equivalent staking for ease of reference. The advised staking is between 2 and 10 points, but the vast majority of bets are 10 point stakes.]

It is now been over a year since our original review, so how has Thomo done since then?

Well, it hasn’t been quite as positive a story since then unfortunately.

Over the last 11 months, Thomo has added another 13 points of profit, which isn’t too bad.

However, that doesn’t tell the whole tale.

From the high point in June 2016 to January 2017, the service dropped over 32 points, more than wiping out our bank and virtually wiping out all the profits that had been made to that point.

Since January there has been a revival thankfully, with 36 points of profit made.

Those that signed up during 2016 though would have seen little return on their investment and once subscription costs are taken into account, it is questionable whether the 1 point per month average would be enough to have made a profit.

A combination of the large losses in the second half of 2016 and the rather slow progress made overall have led us to downgrade Thomo’s Tips to a NEUTRAL rating for now.

Overall the service has made a profit, which should not be dismissed and it is nice and simple to follow.

One of the main qualities we look for in betting services though is their consistency and to have lost nearly all profits in late 2016 was tough to take for subscribers.

We will continue monitoring the service however and should its recent form continue, an upgrade back to a winning system may well be warranted.

We have reached the end of our five-month trial of Thomo’s Tips and here are the final results:

Well after having reviewed a dozen football tipsters and betting systems, we finally have one that has passed a trial here at Honest Betting Reviews.

Thomo’s Tips is a straightforward football tipster that is provided through the Tipstrr betting platform.

This trial has taken longer than normal as there are quite a low number of bets so we have made sure that we have seen well over 100 bets before making our judgement.

So after five months and 127 bets, we are pleased to say that Thomo has managed an impressive 24 points profit to 1 point stakes, or 2369 points to the original staking of 25 – 100 points per bet. 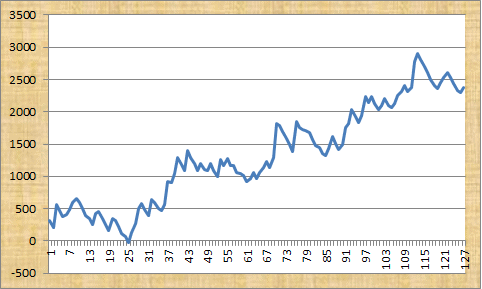 As you can see, a very steady profit graph showing good consistency over the trial.

Ease of use: A super-easy service to follow, with around just 1 bet per day so minimal work involved.

Availability of prices: The tips are virtually all in the big leagues like the Premier League, Champions League and Europa League so there are no problems getting the bets on and matching the advised prices.

Strike rate: The strike rate for the trial was 42%, which is very decent and means that losing streaks should be more than manageable here and staking can be at a reasonably high level.

Advised Betting Bank: There is no betting bank advised but we used a 25 point bank for the trial which should be fairly comfortable with a 42% strike rate.

We are delighted to have finally found a football tipster that makes a profit after a large number of failed or neutral reviews.

Thomo’s Tips is super-easy to follow and with bets being in the big leagues, there are no worries about price availability.

A return on investment of over 20% achieved over the trial is very high for football and an impressive feat.

Our only small word of caution is that the service hasn’t been around very long (only five months) so it doesn’t have the long-term established record of some of the other recommended services here at Honest Betting Reviews.

But certainly if Thomo can maintain the results achieved so far in the long run then we may well have uncovered a real gem here.

It is one we will definitely be following ourselves and we will report back periodically on how it gets on.

The good form has continued for Thomo’s Tips, who have added a further 160 points profit since our last update just over a month ago.

That means they are now 1327 points up for the trial as a whole.

They tend to bet in 100 point stakes, with some of the longer-odds selections having a 25 point stake, so I suppose you could say they are 13.27 points up if you were using 1 point stakes for the 100 unit bets.

Either way, it is good to see a football tipster in profit for once, as virtually all of those we have reviewed so far have failed.

We are not quite at the minimum 100 bet level yet so we will continue the trial for a while longer.

Wohoo! At last – we can report some positive results for a football service!

To date we have only ever passed one football tipster here at Honest Betting Reviews – Banker Bets – and that wasn’t even purely a football tipster but also covers tennis and occasional US Sports.

And whilst we are currently trialing nine football services, the news on the whole has not been good for those trials thus far.

So it is with much delight that we bring you news that Thomo’s Tips has brought in over 1,100 points profit since our last update to sit at +1166 points profit for the trial overall.

Thomo tends to tip at 100 point stakes with the occasional smaller stake, so really we are talking about approximately 11 points profit to 1 point level stakes.

The tips are mainly in the Premier League and Thomo has taken advantage of the poor form of sides like Man Utd and Chelsea whilst capitalising on the surge of the likes of Leicester.

Plus a nice treble at 15.69 did things no harm whatsoever.

So let’s hope things continue in the same vein and we can finally give a passed rating to a football-only tipster.

It’s been a quiet start to our trial of Thomo’s tips, which seems to be a common theme for the football tipsters we are trialing at the moment.

There have been some funny results around I suppose, with Chelsea playing so poorly, Man Utd off the boil and even City throwing in a few strange results.

So far Thomo is £30 down to advised stakes, or 0.3 points down if we were using 1 point stakes.

Things got off to a very strong start with 2 nice winners in the first 3 bets, with an international double of Belgium and Holland to win at 4.1 and then Hartlepool to beat Leyton Orient at 4.6

But unfortunately since then things have tailed off somewhat. It is still early days though, so plenty of time to get back on track and bank some nice profit.

We will return soon with more updates.

After struggling for a while to find any football tipsters worth reviewing, we are now inundated with them. The latest in our line of promising football specialists is Thomo’s tips.

This is a relatively new tipster, having just got going in September of this year. However, the guy who runs the service Andy has been tipping for over 3 years, so has plenty of experience.

They tip mainly in the big European leagues and competitions like the Champions League and provide a variety of tips including singles, doubles and trebles as well as correct score predictions and HT/FT bets.

Staking seems to be a standard £100 per bet, which can be easily equated to 1 point level stakes.

Subscription costs are very reasonable with a £1 trial available for a week and then just £25 for 3 months membership.

We started receiving tips over the weekend so will record results from then.

Check back for updates on how the trial goes.

In the meantime you can view Thomo’s Tips here.

Flat Racing Master – One Year Update
Scroll to top
We use cookies to ensure that we give you the best experience on our website. By continuing we assume you accept the use of cookies. AcceptPrivacy Policy