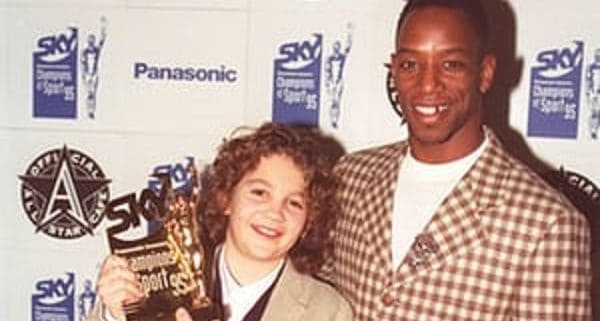 Once spoken of in the same breath as stars such as Maradona and George Best, Sonny Pike was an young English footballer who had a prodigious talent at a very early age. By the time he was 14, he could be seen in adverts and had made numerous appearances on television. His story is a cautionary tale, however, for anyone who wants to hit the big time and the pressure that involves.

Born in 1984, Pike’s love of football was obvious from the start. By the age of 12, he had, already appeared on Baddiel and Skinner’s Fantasy Football League Show, the image of a fresh faced kid with designs on playing for some of the biggest clubs in the world. Twenty years later, at the age of 32, Pike is driving a taxi around the East End and professes to not having kicked a football for over a decade.

So what went wrong?

His football career began at Hackney Marshes and he was certainly a prodigious talent, scoring nearly 300 hundred goals in his first three seasons. His career in real terms began at the age of 12 when he was invited to play in a tournament for the best young players in East Anglia. Influenced by top stars like Dennis Bergkamp, Pike only saw himself as a goal scorer and, even at that age, he was pretty good at it.

That tournament was attended by plenty of scouts and it wasn’t a surprise when the Ajax Academy invited Sonny Pike for a two week trial. It was following this that his fame began to spread unusually quickly. The ex-footballer still has a tape of all his television appearances during this time. Everyone from the BBC to Channel 4 were interested in talking to him and sponsors such as Coca-Cola and McDonald’s wanted to sign him up for ads. All the publicity culminated in Sonny winning the Sky Sports’ Champion of the Year Award which was presented by none other than Ian Wright. 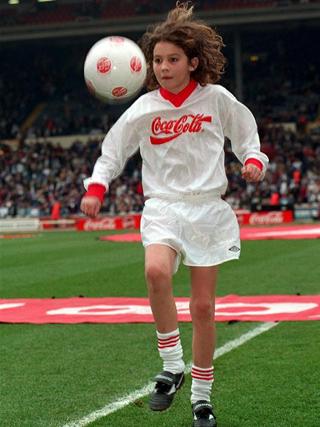 By his side at this time was his father Mickey who seemed naturally protective as well as proud of his son. Ajax invited Sonny out to the Netherlands to play a few games which he admits was fun at the time. But the club wanted him to move there full-time and that was something he could never seriously consider, especially at the age of 13 or 14.

Instead, Sonny Pike went to Leyton Orient, a lesser club but closer to home. Unknown to Sonny, his father and a journalist were working together on a documentary which would prove to be the start of the end of the line for the talented young footballer. Although he was signed at Orient, his father got him to pay a visit to Chelsea that was filmed by a documentary crew. The film, Coaching and Poaching, organised by then FA Chairman Greg Dyke, would air on Channel 4 and cause considerable problems.

Sonny found himself the subject of an FA inquiry that led to him being banned for a year. That he blames his father for this is undeniable – there had always been friction between his mother and estranged father about the merits of pushing Sonny towards a career at the top level of football. On his return to the game, Sonny began having trials again but things were working against him. He was easily recognisable and came in for a substantial amount of abuse, even choosing at one point to clip his long hair to make himself look different.

It was when he went for a trial at Grimsby that things began to unravel. He couldn’t concentrate and decided to pack up after just a couple of days.  It was only a matter of time until he decided to quit altogether. He dropped off the map and a good few urban myths developed about what had happened to Sonny Pike.

In the end, he settled down to a normal life. He hadn’t come away with any great financial benefit from all the TV appearances and notoriety. Instead, he started to train as a carpenter. When his daughter was born, he decided to take the Knowledge, the test for London cabbies. He now drives a cab most days a week.

Sonny’s cut from football was dramatic. He professes to not watching the game much at all nowadays except maybe for internationals. He’s far more interested in boxing. That’s a big change from the fanatical kid who had high hopes of playing for teams such as Ajax and Chelsea. For many, his story is seen as one of football’s biggest problem, the way that it can push pressure onto young players and use them as a commodity rather than treating them as people.

For Sonny, there has been a happy ending – he loves his kids and family and is content with his job as a taxi driver and doesn’t miss football or the fame. For other kids attracted to the top flight, things might not work out so well.

What Ever Happened to Adrian Massey?

Live Casino, Retro Slots and Beyond: Betway Casino Reviewed
We use cookies to ensure that we give you the best experience on our website. By continuing we assume you accept the use of cookies. AcceptPrivacy Policy
Scroll to top